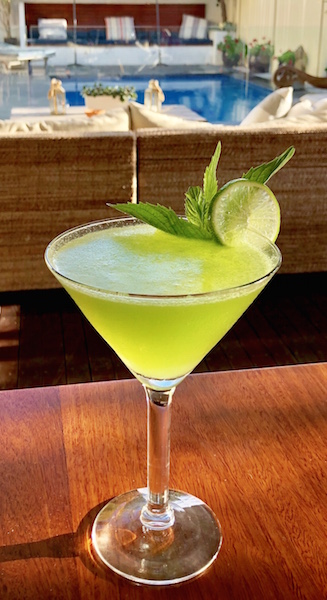 I had the pleasure of creating a Signature Cocktail for Thermomix’s ThermoFest ’18 celebrations held in Perth in last week, in which I gave the classic 1940’s American cocktail, the  “Moscow Mule”, a Western Australian twist.

Invented in the 1940’s, the cocktail came about after three American businessmen met up at the “Cock & Bull” Bar in Los Angeles. One of the men had purchased the rights to the French Smirnoff Vodka brand, which wasn’t selling too well in the US in the 1940’s; another was the owner of the bar who had an oversupply of ginger beer; while the other had an oversupply of copper mugs he couldn’t move.  After a few drinks together, and with the bar owner’s bartender on hand, the “Moscow Mule” was created!

*We have used Western Australian ingredients, but you can substitute to your own preference.