“This long-overlooked sliver of a country in southwestern Europe has suddenly become the hottest travel destination around, named by several outlets as the place to visit in 2017. Offering good food, rich history, great vistas, a temperate climate, and just about the closest thing Europe has to a bargain, what’s not to love?”
– Neil Swidey, The Boston Globe 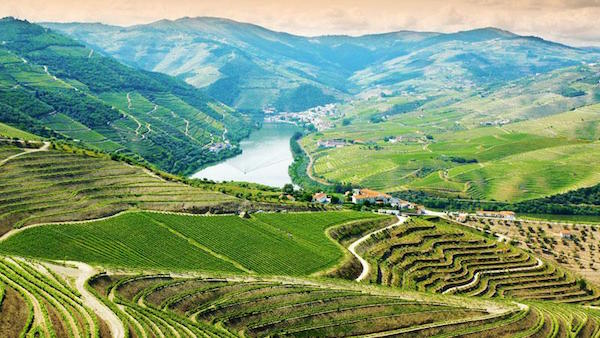 Get your sense of adventure and tastebuds ready and join Nico & Belinda Moretti of Cooking Passions Cooking School as they escort a small group of only 10 people to experience one of Europe’s oldest and fascinating cultures on their 2020 “Discover Portugal” Cuisine & Culture Experience!

If your idea of great travel experiences includes friendly locals, exotic architecture, medieval castles, cobblestone villages, captivating cities & appealingly authentic seaside villages, great wine (and Port, of course) and a generations-perfected cuisine that is fresh, authentic and full of flavours then the Portugal experience is a must visit!

The unassuming country of Portugal is quietly taking strides into the limelight. First-time visitors are usually struck by the friendliness of the people, the affordable food and wine, and the diversity of a country that is relatively easy to travel around in just a few days. Its cities – notably Lisbon and Porto – amply showcase Portugal’s former role as a maritime superpower that ruled the waves from Brazil to East Asia.

Our “Discover Portugal” experience will explore the country from Lisbon, one of western Europe’s sunniest and prettiest cities; to Porto, with its amazing history, medieval old town and fascinating Port history; and then onto the breathtakingly beautiful Douro Valley with its kilometres of spectacular terraced vineyards. And that’s before we start exploring its food…

Cooking Passions Cuisine & Culture Tours are designed so you can do as little or as much as you like, while allowing you plenty of free time to explore and immerse yourselves in the sights, shopping and eating that YOU want to experience (we’ll be happy to provide suggestions from our previous experiences). We’ve arranged all of the accommodations, land transfers, cooking classes, private guides and most meals, so that all you have to do is pack a bag, a sense of adventure and join us on one of our delicious & exciting culinary journeys. 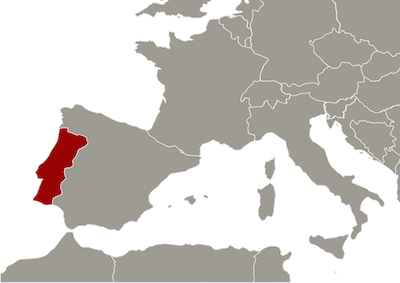 HISTORY –  Portugal has a rich and interesting history. It is one of Europe’s oldest nations, an ancient kingdom defended by hilltop castles and dramatic walled towns. One of the ancient Celtic nations, Portugal history included the Romans, Moors, the “Age of Discoveries” which established Portugal as a 14th century superpower, and the last dictator in Western Europe. Portugal was technically considered a country in 1143 after an array of power struggles and invasions, and joined the European Union in 1968. Following the lasting legacy of over four decades of Dictator António Oliveira Salazar’s harsh regime and isolationism policies, which saved Portugal from taking part in both World Wars, the revolution of 1974 which saw the overthrow of Salazar’s regime was the starting point of Portugal’s journey to its modern day democracy. 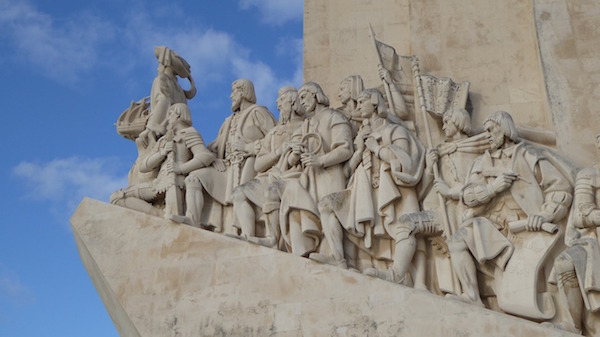 PEOPLE/CULTURE – The Portuguese people are incredibly friendly, warm and hospitable. As a small country which shares a border with the much larger and more powerful Spain, and as a Canadian, I felt that Portugal and its people are very similar to Canadians who also live in the shadow of its larger neighbour, who at times can be loud and arrogant about their privileges and power. The Portuguese have always held their own strong sense of identity and national pride against its larger neighbours, and are recognised as some of the friendliest, unassuming and fun-loving cultures in the world! The Portuguese population gives rise to a number of cultural festivals that are immensely attended by fervent citizens who love to take part in the events that retell their history, express their roots, and come together as a community. The folklore is vibrant and there is often traditional music played, home-made items for sharing, and elegant artwork including their famous azulejos – the beautiful blue paintings on white tile. The religious disposition among the people have inspired beautiful structures, art, and sentiments while also infusing the locals with bold personalities that can be very entertaining and fun!

CUISINE – Portuguese cuisine is born from the earth & the sea. It is hearty peasant fare full of strong flavours, many charting the culinary history of the country. There is no place in the world where seafood is more adored and masterfully prepared than on the coasts of Portugal. Then there is its famous dried salt cod or bacalhau which changed the course of Portuguese history. When it was discovered that the beautiful white fish caught in the cold Scandinavian waters could be dried and kept for long periods, sailors were able to go on long voyages of discovery to new lands, which then opened up trade routes. So loved is bacalhau now that there are recipe books entirely devoted to it, with a range of recipes from around the country. From fresh fish to octopus, you will not only find it all, but you’ll taste the sea like never before. The treat for your taste buds doesn’t stop at the delicacies of the sea but continues into vegetable dishes and fantastic desserts, highlighted by its most adored and popular Portuguese Custard Tarts – Pastéis de Nata. 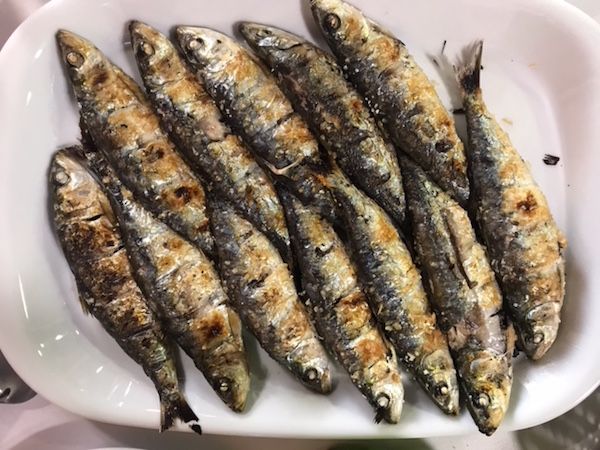 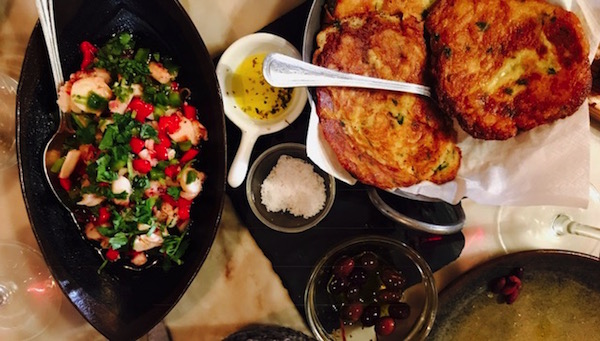 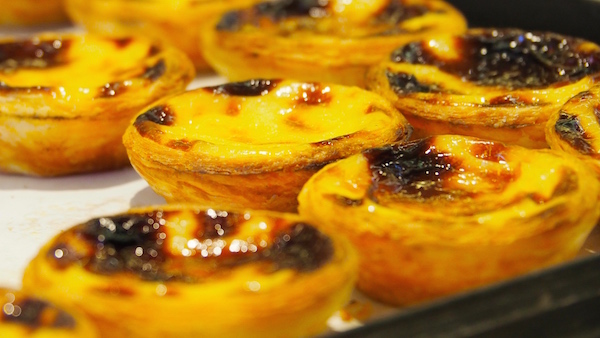 PORT & WINE – Wine has been produced in Portugal’s Duoro valley for centuries. There are records of viticulture back to the time of the later Roman period.

Port is protected by European Union Designation of Origin so it can only come from grapes grown in the Douro region of Portugal – along the north east border, where the microclimate is perfect for vineyards. This is actually the oldest protected wine region in the world. The searing temperatures in the region meant that although the wine was made in the Douro, it had to be taken downriver to the cooler coastal climate of Portugal’s second city, Oporto, to be stored before shipping, and consequently became known as port. The process used makes it stronger and sweeter than normal wines, but it has to age in wooden barrels or sealed glass bottles for a number of years before it’s ready for drinking.

In a world long dominated by France, Spain, and Italy, Portugal’s wines seem finally to have emerged from the shadows. True wine aficionados may already know the secrets of Portuguese soil, but a majority of wine drinkers don’t know what they’re missing. Centuries of economic isolation had prevented trade with countries like Spain and France, forcing Portuguese growers to perfect their own grape varieties. Portugal has more than 200 indigenous grapes, only a few of which have traveled beyond the country’s borders. And while much of the wine world has been focused on Cabernet Sauvignon and Chardonnay, Portugal has been developing a clutch of lesser known—yet no less impressive—wines. 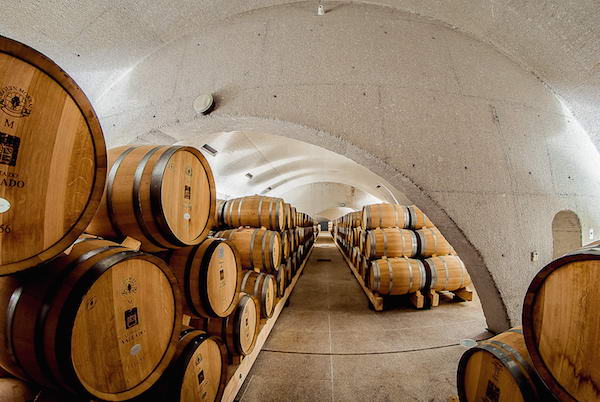 **For those that would like time to visit the picturesque “fairytale castled” village of Sintra & the seaside town of Caiscais, a convenient day excursion from Lisbon, we would suggest that you arrive a couple of days earlier than the start date so you are able to include this. We are happy to recommend a tour company that coul 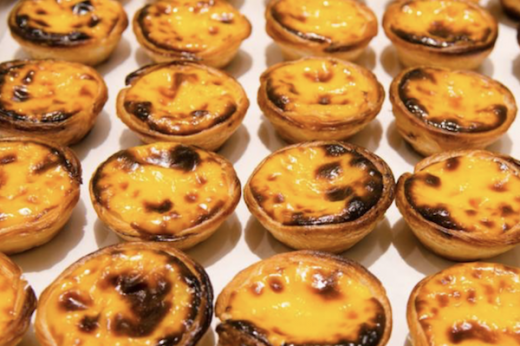 There aren't any upcoming classes. request a class